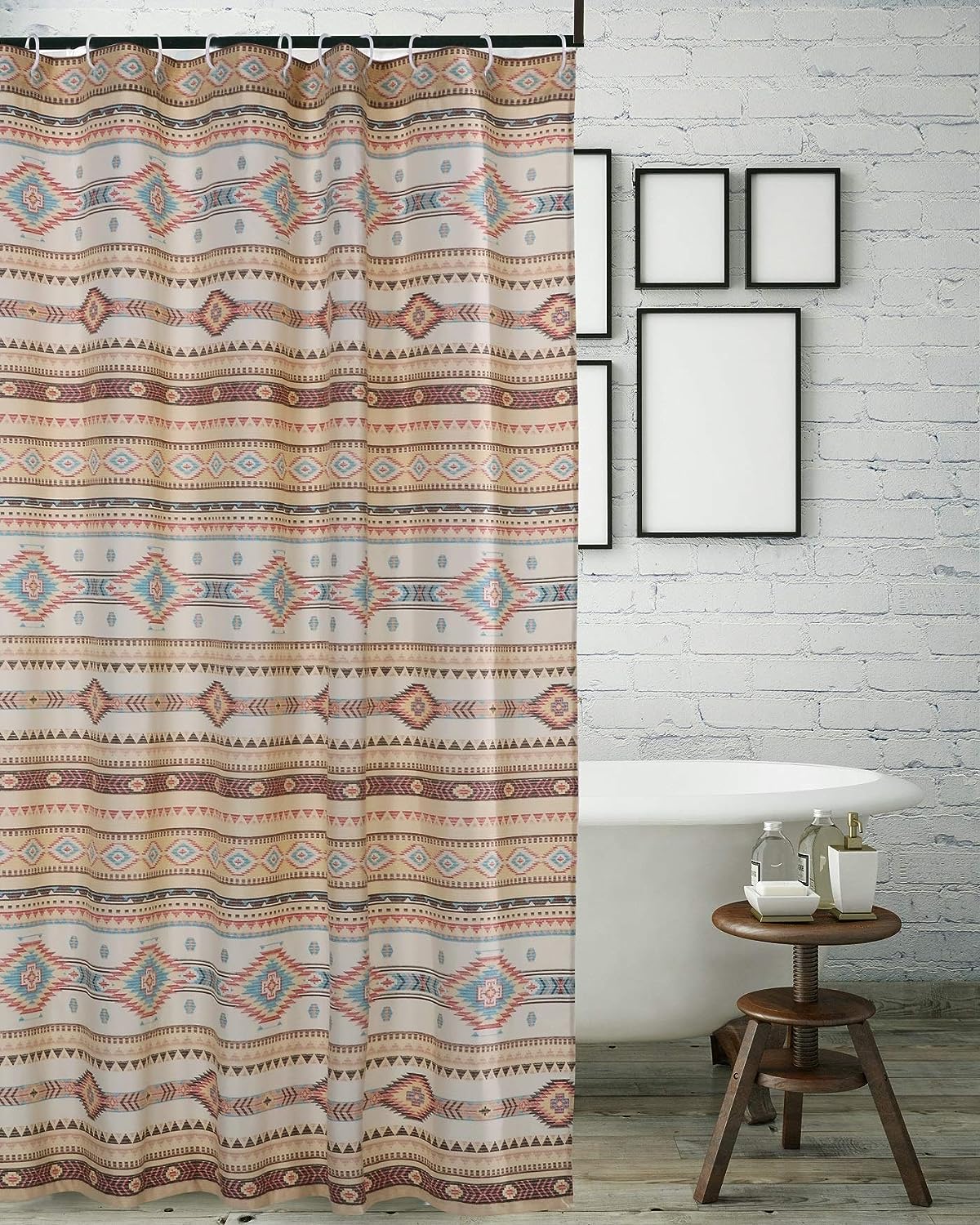 Enchant your space with a Southwestern vibe. Bring time-honored motifs from the great Southwest into your home with the Phoenix shower curtain. Featuring traditional geometric designs from American Indian woven textile art in neutral colors, the Phoenix shower curtain will compliment your rustic desert Southwest and Western home decor. Shower curtain features reinforced button holes along the top for hanging. Dimensions: 72x72 inches. Designed for use with a waterproof liner (not included). Machine washable. 100% polyester microfiber.

With over 20 years experience, Greenland Home Fashions has manufactured home textile products in the latest fashions consumers want to buy at prices nearly everyone can afford. Our newest brand, Barefoot Bungalow, rejuvenates your home with bold, rich color in styles that will redefine your sense of what is possible.

Greenland Home offers a wide variety of shower curtains to help provide privacy and prevent water from spraying outside of your shower and tub area. With styles to fit any bathroom decor, you're sure to find exactly what you're looking for.