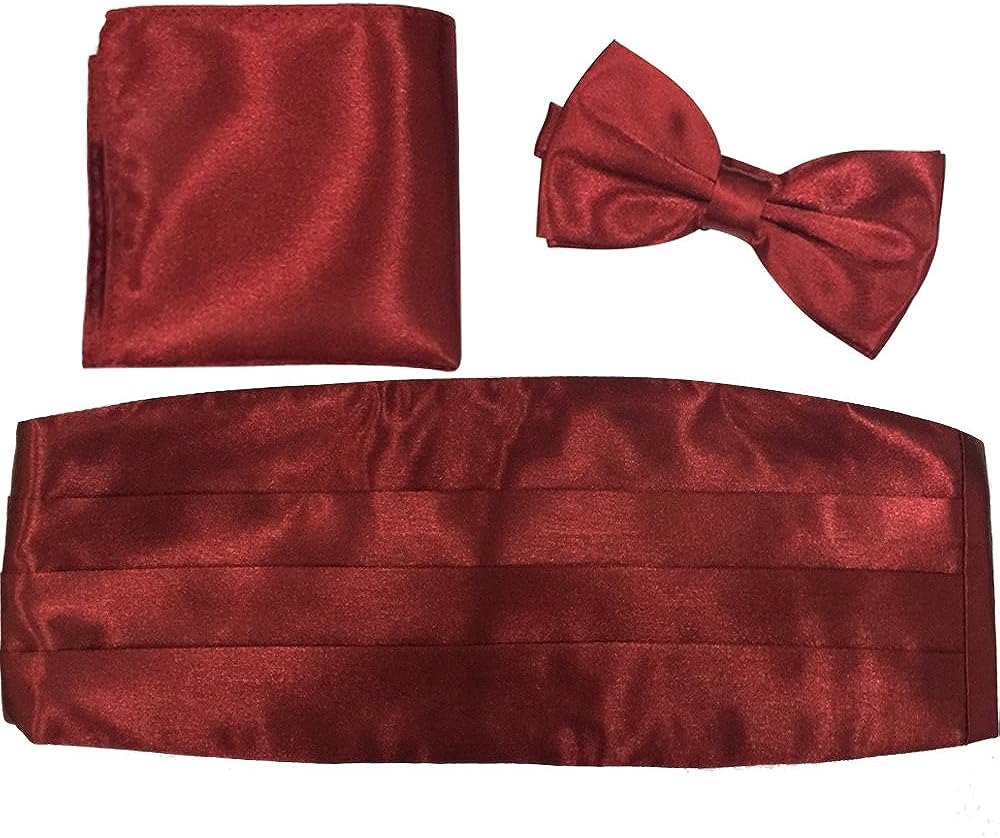 Cummerbund set includes a cummerbund, bow tie and handkerchief,AND made with very high quality 100% satin polyester which gives it the perfect silk like look.Perfect for any formal occasion like, wedding, musical band, graduation, celebration and any other black tie occasion.